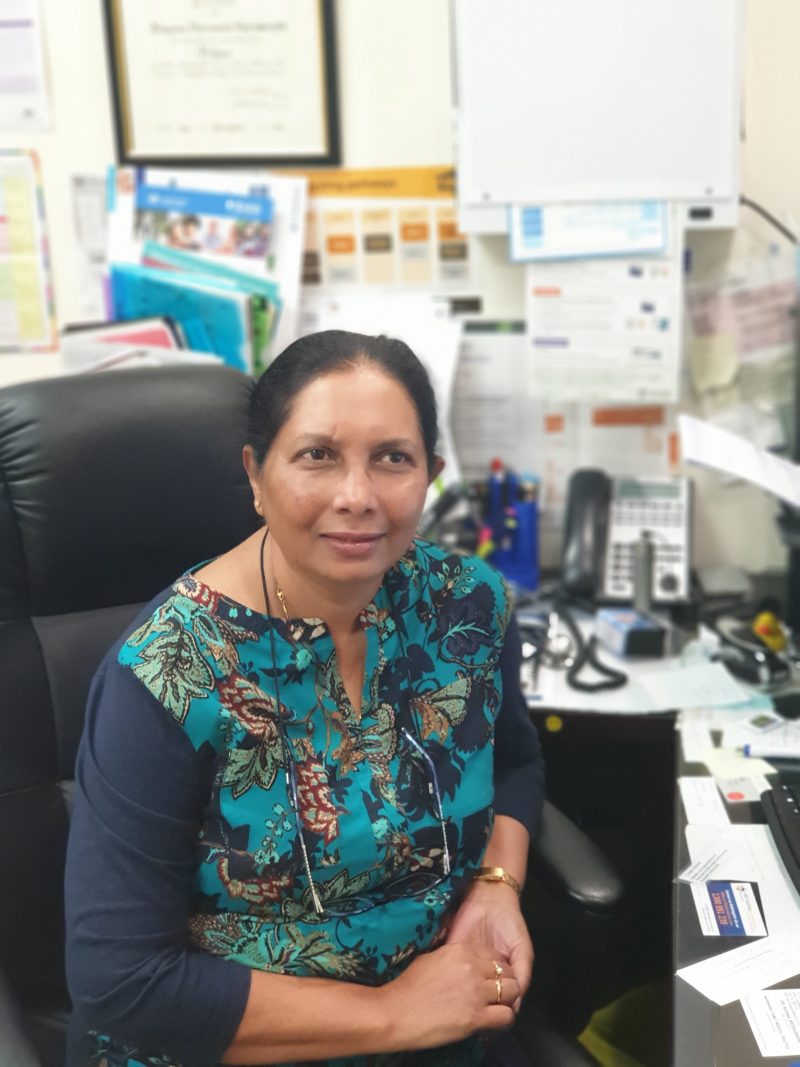 Born in Sri Lanka in 1960, she completed her school education in Sri Lanka and received a scholarship for university education in Russia (previously USSR) where she completed her 7 year medical degree at Moscow State Piragove Medical Institute qualifying as a Doctor of Medicine (M.D) in 1988. After completion she went back to Sri Lanka for internship (Hospital internship medicine and Obstetrics and Gynaecology) and continued to work there for 12 years in rural regions as a Medical Officer of Health in community medicine providing primary health care, providing well baby clinic, antenatal clinic and family planning, and preventative medicine and immunisation. Following this, she worked in Emergency departments and Out Patients departments in major hospitals in Sri Lanka. From 1995- 2000 she worked in the Nephrology unit and Dialysis units in one of the major hospitals in Colombo, Sri Lanka.

In October 2000, she migrated to Australia with her husband and two children. After which she joined Queensland Health in 2001 and worked in the Mackay Base Hospital with rotations to the rural Dysart Hospital and General Practice, and Sarina Hospital.

In October 2003, she moved to the Sunshine Coast and worked in the Caloundra Hospital for the past seven years in the Emergency department, General Medical and Surgical ward and Palliative Care unit.

Her interests are gardening, cooking and sewing